III. On the role of the state and local authorities in the region.

The state’s role in the region seriously needs to be strengthened, so as to date in the region is flourishing parochialism and lawlessness business leader and local (district or rural) scale. For these purposes, the region must do next necessary works:

The central government in cooperation with local authorities, with the personal participation of the population, has to build in the region, a new type of state, free from the state capital. The authorities in the region would not be based on fear, including fear of poverty, disease and helplessness. The new Ukrainian government should implement the principles of social justice and a high level of social protection. And then the local people will not think that it would be better to live in Romania or Moldova, or by any other authority. Seeing the strength of this Ukrainian state, the population itself would be repulsed by any occasions to tempt them to such a thought. 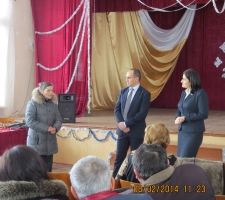